We recently commented on Cantarella’s ground breaking High Court decision in relation to the use of the word ‘ORO’ (meaning ‘gold’ in Italian and Spanish). There is now further judicial reasoning supporting this decision.

Kraft Foods Italia (Kraft) owns several trade marks with the word ‘ORO’ in relation to biscuits and snack foods. Nutrexpa, a rival company, applied to register the Community Trade Mark (in relation to similar goods) as depicted below: 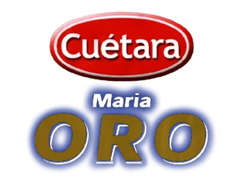 Kraft opposed the application on the grounds of a likelihood of confusion with its own ‘ORO’ marks. Nutrexpa counterclaimed, arguing that Kraft’s ‘ORO’ mark lacked distinctiveness.

However, the General Court held that Kraft’s ‘ORO’ mark:

For these reasons, Nutrexpa failed to prove that Kraft’s mark was low in distinctive character and Kraft was successful.

What does ORO really mean?

This raises an interesting point in relation to what the Court regarded as an average consumer in Europe. People familiar with Italian and Spanish languages (common languages throughout Europe) would understand that ‘ORO’ means ‘gold’ when translated from Italian and in Spanish. But that was not enough to sway the General Court as no presumption of the understanding of ‘ORO’ was found in respect of the majority of other EU consumers.

It is a well-accepted trade mark principle that marks descriptive of their goods / services are not registrable (think ‘gold’ as being a descriptive expression of a superior product – now that’s a no no). Kraft’s decision, however, illustrates a new trend for choosing words of a descriptive nature for trade marks, but in a foreign language (this time, don’t think ‘gold’, but think ‘oro’). Here, the European judiciary allowed Kraft’s trade mark to continue on the grounds that most of Europe (except for Italians and Spanish) would not understand the word ‘ORO’ by reference to superior quality products. As was the case with the Cantarella decision in Australia, the effect of this Kraft decision will be wide reaching – far beyond the borders of Spain and Italy.